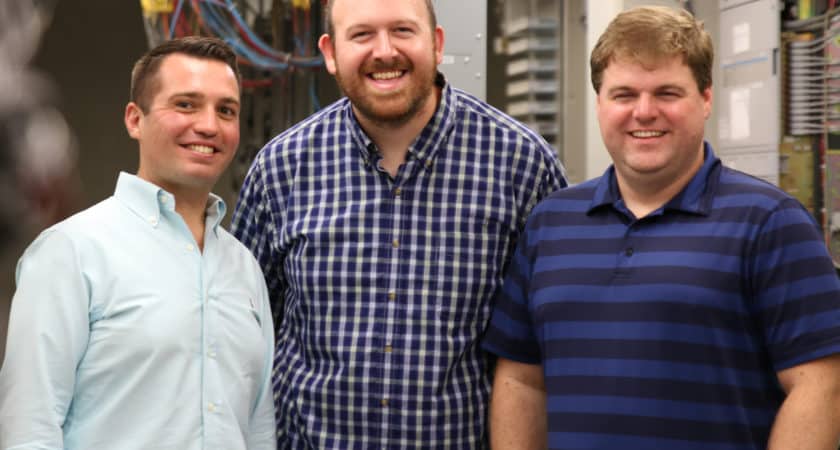 The Origins of DNSFilter

To kick off our first blog post, I figured it made sense to spend some time explaining why we started DNSFilter and where the idea came from. So, here it goes:

Approximately ten years ago I founded Anaptyx while attending Boston College. Our original focus was to provide internet service to apartment and condominium communities. However, over time our business model progressed to including hotels, resorts and Government. As our needs and services evolved, we needed to deal with two basic problems: managing threats and bandwidth on our networks and providing content filtering to our Government clients. Using a hardware appliance to accomplish this was expensive, and it also seemed like it would be a support and maintenance nightmare. That’s where OpenDNS came in. OpenDNS was in its earlier stages, but DNS-based content filtering and threat protection seemed to be the way to go. We were able to deploy within hours, our capital outlay was relatively low and the service was quite effective at fulfilling our needs.

As years went on, we added more and more networks. While Anaptyx was growing, so was OpenDNS. They introduced their “Umbrella” product, and we were migrated over to this platform. It wasn’t too long thereafter that we got the call from OpenDNS. They informed us that now that we were on this new platform they had a “soft limit” for DNS queries, which we were exceeding. Essentially, they wanted more money. I asked them how much, and they informed me that they did not know, and in order to provide a price to me they needed to fill in a spreadsheet. In this spreadsheet they wanted the address of each network, the type of location it is, the number of access points and the estimated number of users. I had 150 large-scale networks, and at the time, was only a three person organization — were they kidding?! They really wanted me to spend hours gathering this information so I could get a price? On top of it, they had already seen the traffic from each one of my networks for years!

Nonetheless, I decided to get the list together and submit the results. What came back, in my opinion, was abhorrent. Their pricing increase would’ve essentially cut my profit margin in half, they weren’t willing to negotiate and they wanted the entire year’s payment for all my networks upfront. No way is that a tenable solution for Managed Service Providers and Wireless ISPs (of which Anaptyx is a hybrid). I continued service for a few months, until OpenDNS was acquired by Cisco. At this point, I realized they were leaving a vacuum in servicing MSPs and WISPs such as myself. I switched to DynDNS’s Internet Guide service immediately. While I was not happy with Internet Guide’s lack of any analytical data or statistics whatsoever, it was enough to get me by until I came up with a better solution (coincidently, Internet Guide is currently in the process of being discontinued).

After a month of searching the market, I was really only able to come up with one provider who had advertised pricing, SafeDNS — and they are not U.S. based. I wasn’t ready to trust the security of my business and the security of United States Government networks to a Russia-based organization like SafeDNS. This is when I started formulating the plan and financials of DNSFilter.

A few months into research for the initial MVP for DNSFilter I came across my co-founder, Mike Schroll. We met at Startup.SC, a local tech incubator where Mike and I were both acting as mentors. In addition to also relocating from Boston himself, Mike and I had some immediate similarities and we spent about two months going back and forth. We fleshed out every detail imaginable to ensure our success as well as to confirm what our math showed. We couldn’t believe it, but we realized that by leveraging advancements in technology, virtual environments and by getting our hands dirty we predicted we would be able to provide the same level service as OpenDNS at 1/3rd the cost, while still maintaining a healthy, sustainable profit margin.

We provide transparent and fair pricing, without any commitments.

We moved forward with forming the corporation and beginning work on the MVP for DNSFilter. Our global anycast network’s points of presence out-number any major competitor, and we have already released several industry-first features.

We look forward to continuing to build a strong product with fair pricing for MSPs and operators of multiple networks.

Thank you for the support from all of you early adopters — it is much appreciated. Please keep providing us valuable feedback and we will keep building the tools you want and need!