How does NextDNS stack up agains DNSFilter? Compare which solution you should add to your stack as your DNS protection layer.
start your free trial 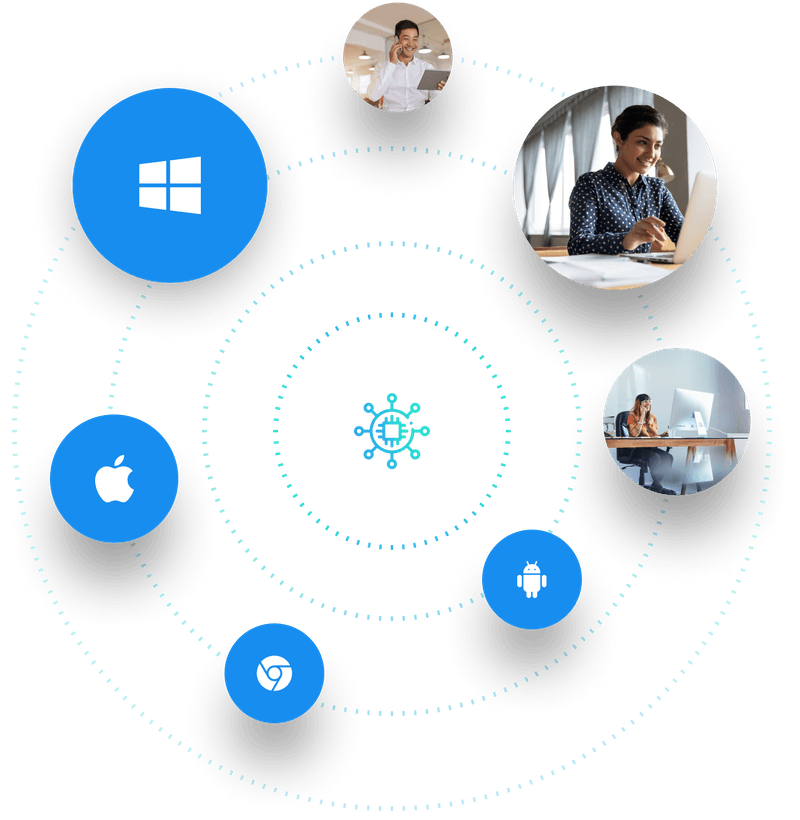 Thanks for requesting this content. Check your inbox, and visit this page for more resources.
Oops! Something went wrong while submitting the form. 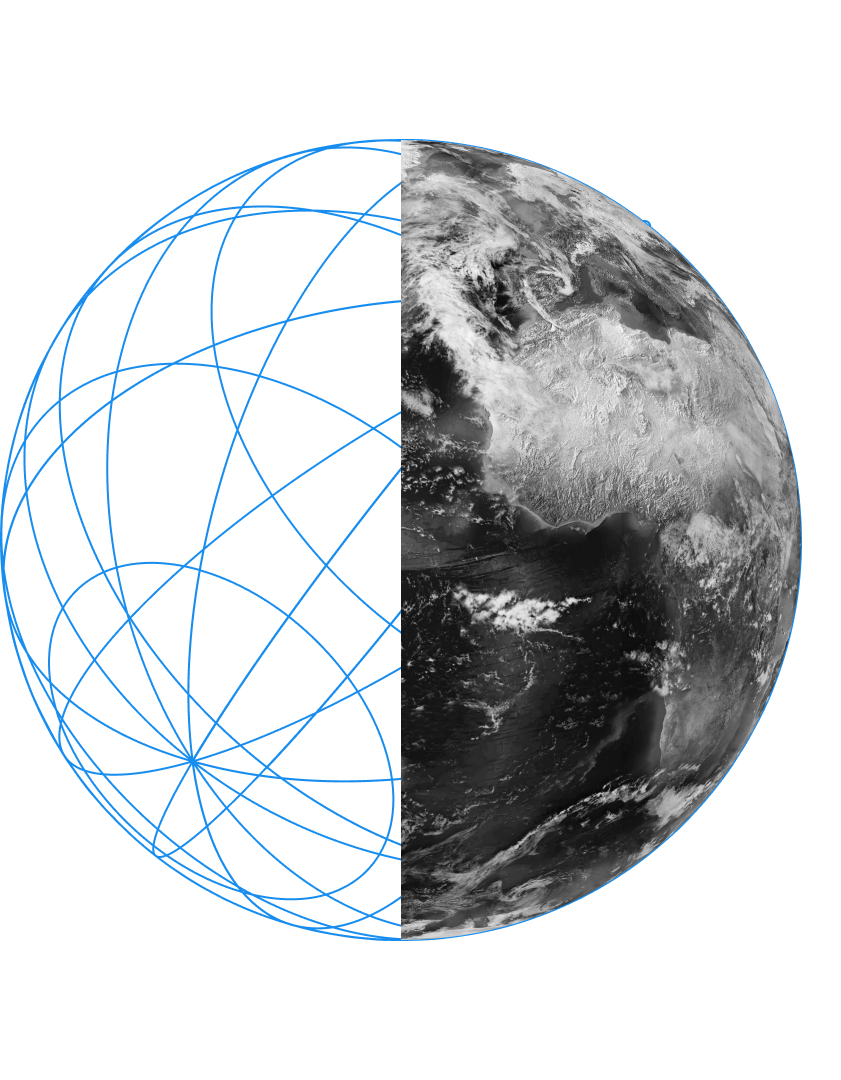 NextDNS and DNSFilter are both next-gen DNS security solutions. DNSFilter has spent nearly 6 years building a solution that is both easy to implement and a comprehensive threat protection tool. Still an early-stage startup, NextDNS has focused on usability over other features, while DNSFilter has a blended focus on both customer usability and bulletproof threat protection.

NextDNS’ security options appear to be comprehensive at first glance, but a large portion of their lists (including ad blockers) are either publicly sourced or updated infrequently. Because NextDNS makes their lists public, we can see that a large portion of their security lists go several months without updating. When you solely rely on public lists to source and block threat domains, there’s a large margin of error. First, the people providing these lists might not be cybersecurity experts, thus their data could be inaccurate. But also, deceptive domains don’t remain deceptive forever. When you go long periods without updating deceptive domain lists, you inevitably run into false positives—meaning trying to access a domain that is no longer deceptive will result in that domain being blocked.

At DNSFilter, we source both public and private feeds for all of our categories (including our advertising category), but we do not wholly ingest those feeds the way NextDNS appears to. We check these lists ourselves to look for false positives or miscategorized domains. If a list doesn’t meet our standards, we don’t ingest it. And sometimes we will only ingest a partial list of domains.

While NextDNS relies on these public feeds for their ad blocking capabilities, at DNSFilter we take the use of public feeds a step further. We employ one of the maintainers of those public feeds, giving us an internal expert on ads and trackers who is actively working on our ad block categories. 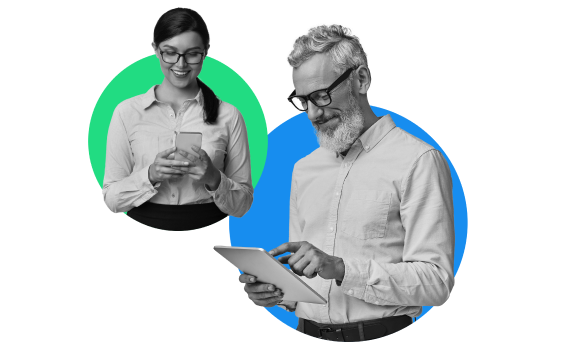 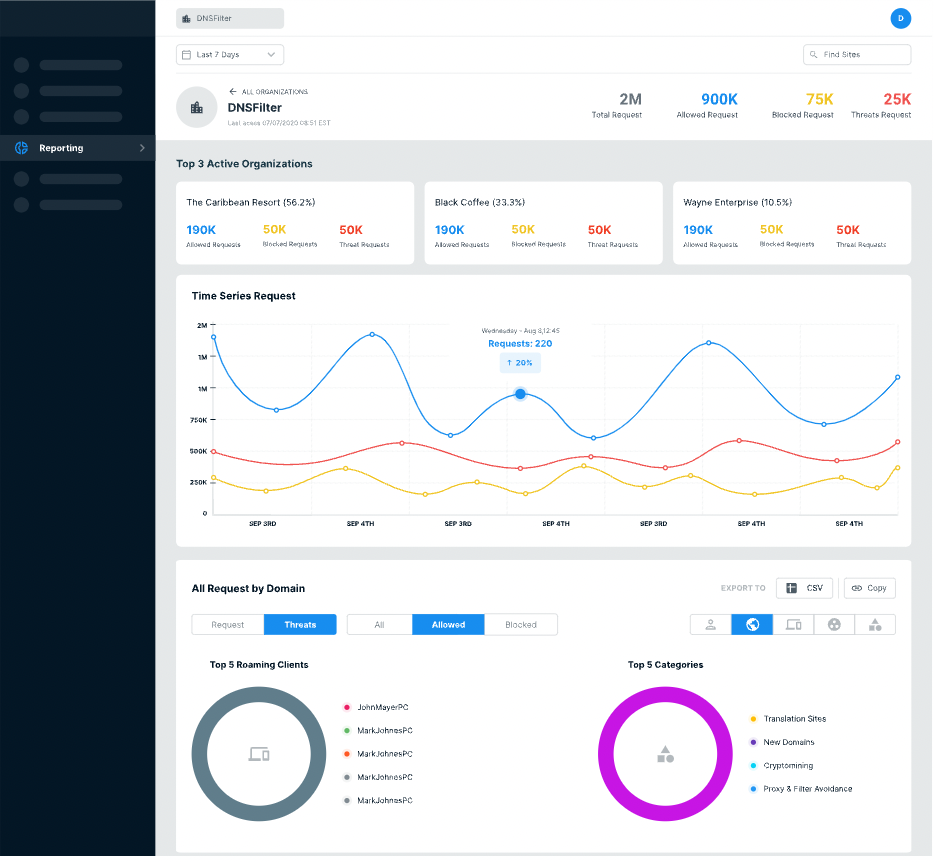 With DNSFilter, you’re able to dive into what domain categories are accessed most often on your network. Whereas with NextDNS, you only have the ability to see “Blocked Reasons,” which may only provide the name of a list such as “blocklist:steven-black.” This doesn’t give you true insight into why a particular site was blocked.

Another problem with these limited categories is you’re not able to see possibly malicious sites that were allowed by your filtering in NextDNS. As a DNSFilter user, you are able to toggle to “Allowed” threats. So even if you’ve decided to not include certain threat categories in your filtering policies, you still have the ability to monitor those threats.

TRUSTED BY ENTERPRISE, SMBS, AND MSPS

NextDNS and DNSFilter both help you block unwanted content. But how do they compare to one another? 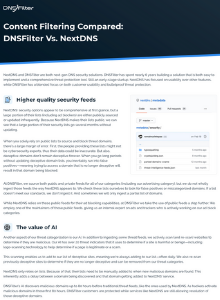 WE HAVE OVER 2 MILLION END USERS

See what they have to say about DNSFilter

Easy to Implement and Administer
DNSFilter is very easy to get going, only taking a few minutes to get protection up and running. Once set up, it is very intuitive to manage with an interface that flows nicely. Also, once set up, changes to policies are almost immediately implemented.
Administrator in Financial Services

Compliance Level DNS Filtering
Provides client level installation for DNS filtering when outside of the building. Complements EndPoint and Firewall web filtering by processing all DNS requests through an active filter to help stop malware distribution. We can distribute the product uniquely using RMM to each customer and management and controls are customer unique.
Aland C
Service Manager

DNS Filtering Shouldn’t Be Hard.
It should be stupid easy.

You’re only minutes away from protecting employees from unwanted content on the company network. Try it right now, commitment-free.