Cryptojacking is a malicious form of mining cryptocurrency, sometimes referred to as simply cryptomining malware. Victims of cryptojacking experience the unauthorized takeover of their computer or network so the hackers can “mine” cryptocurrency. 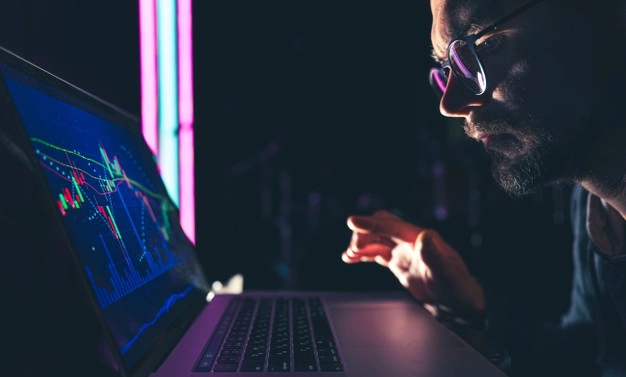 What cryptojacking is and how it works:

Compared to other malicious domain techniques leveraged by threat actors, cryptojacking is relatively new.
‍
While traditional cryptocurrency miners will use their own resources to “mine” for new cryptocurrency, cryptojackers will actually infect a distributed network of computers with malware to utilize another’s computational bandwidth. This slows down the device and, at scale, drives up energy costs.
‍
The targets of cryptojacking attacks can be individuals, or whole organizations where hackers infiltrate and enlist masses of computational resources for their own mining operations. It’s a way for threat actors to increase the size of their cryptowallets without having to pay the energy or resource costs with their own equipment.
‍
Cryptomining malware strains include malware such as Tor2mine, XMRig, JSECoin, WannaMine, and others.

41% of malware detected in 2020 was mining malware

Why crypto-related threats are everywhere

Cryptocurrency made a comeback in 2020, and that had a ripple effect. It wasn’t just investments that were impacted—security was majorly impacted because threat actors saw a new window for compromise.
‍
Ransomware payments are made with cryptocurrency, as they are on the blockchain anonymously and cannot be traced. Because cryptocurrency marketplaces are popular right now, with many investors buying multiple coins, threat actors have chosen to create typosquatting and phishing domains for different cryptocurrencies.
‍
And finally, malicious cryptomining is on the rise as cryptocurrency miners seek to make money, without investing directly in the currencies and without using their own resources.
‍
Cryptojacking will continue to grow, as will other cryptocurrency-related threats.

How to block cryptojacking

In our 2021 Domain Threat Report, we took a close look at cryptocurrency and cryptojacking domains and found high volumes of copycat phishing domains for Bitcoin and cryptojacking domains heavily using the terms Ethereum, Dogecoin, and Litecoin. Many of these cryptojacking sites actually used a variation of the term “mining” in the name of the domain—nearly 19% of all cryptojacking sites identified on our network during the pandemic.
‍
DNSFilter has a robust catalog of known cryptojacking sites, and domains that contain cryptocurrency references can be blocked in a single click.
‍
We also provide our users the ability to block new domains and malware for a blanketed approach to mitigating all malicious cryptomining activity that could be activated at your organization at the DNS layer.

get a copy of the threat report

Malware is short for “malicious software” and can be spread in a variety of ways such as forced downloads or malicious ad content. It includes viruses, worms, spyware, ransomware, and trojan horses. The most common way that malware gets onto a computer or other device is through surfing hacked sites. So the best way to protect your company from malware is to prevent your users from ever accessing these sites.

DNSFilter is the best security product to protect against zero-day attacks because our proprietary AI tools are constantly scanning the internet for new sites that could potentially contain scams or malware. DNSFilter detects threats up to 80 hours faster than static threat feeds.

Phishing and spear phishing attacks are a favorite among hackers because they are relatively easy to implement. They use email or chat (such as public Slack channels or Discord) to lure victims into a scam, or more commonly to a link where they will enter data or download malware. Phishing attacks can be broad and general, impersonating institutions like banks or hospitals, or they can be targeted and sophisticated, often impersonating employees inside your own organization. Because DNSFilter is constantly scanning the web for new malicious sites, we can prevent phishing attacks by stopping your employees before they hit a malicious site, or give a phisher their data.

Ransomware is software that allows hackers to encrypt files, networks, and computers remotely. They then hold your data hostage until your company pays a ransom. With the evolution of ransomware in key sectors like healthcare as well as the ubiquity that Ransomware-As-A-Service offers, this threat technique has become one of the top causes of cybersecurity incidents worldwide. In 2020 the average ransomware demand was $233,000 and they now make up around ⅓ of all security breaches. If your company doesn’t pay you risk data loss, or in some cases, data being sold on the darkweb. The key to ransomware protection is stopping the malware from being downloaded in the first place, which usually requires blocking the site that hosts the malicious content before an unsuspecting user can visit it and become infected.

A true 21st century threat, cryptojacking is the unauthorized takeover of a computer or network to “mine” cryptocurrency. Because new currency is created by computers using massive amounts of computing resources computational bandwidth is at a premium. Cryptojacking infects a distributed network of computers to utilize their computational bandwidth, slowing down the device and, at scale, driving up your energy costs. DNSFilter has a robust catalog of known cryptojacking sites, and domains that contain cryptocurrency references can be blocked in a single click.

Thousands of people type Amazan.com into their browser every day. Turns out, the average internet user isn’t always the best speller. Bad actors take advantage of this by setting up malicious sites with domain names that feature common misspellings of familiar sites. Everyday we seem to discover new “Chase” login pages with an increasingly creative variety of typos (check out the fake sites here). DNSFilter protects the user from typosquatting by blocking access to domains that are known to contain malware or malicious content. Never worry about misspelled domain names again.

Have you ever visited a site that just looked off? Middleman attacks create a fake site that mimics a trustworthy brand login, and provides form fields where users enter their password, username, and potentially credit card data. The hacker then absconds with this data, leaving the user confused and exposed. Our AI-tool scans the UX of domains and includes logo matching, identifying when logos are being used on sites where they do not belong, ensuring that man-in-the-middle sites are quickly found, cataloged, and blocked.